Manitoba Pork needed to educate the general public on four sustainability-related topics: the economy, the environment, animal care, and food. Omnibus surveys directed by 6P Marketing determined the primary target audience to be young urban females.
Google’s display network, Instagram, Native ads and Spotify provided the opportunity to meet this target audience where it lives (i.e., online). Online marketing tactics were also chosen because they are empirically measurable, and goals can be tracked throughout campaigns, allowing for course correction if progress is not being made. 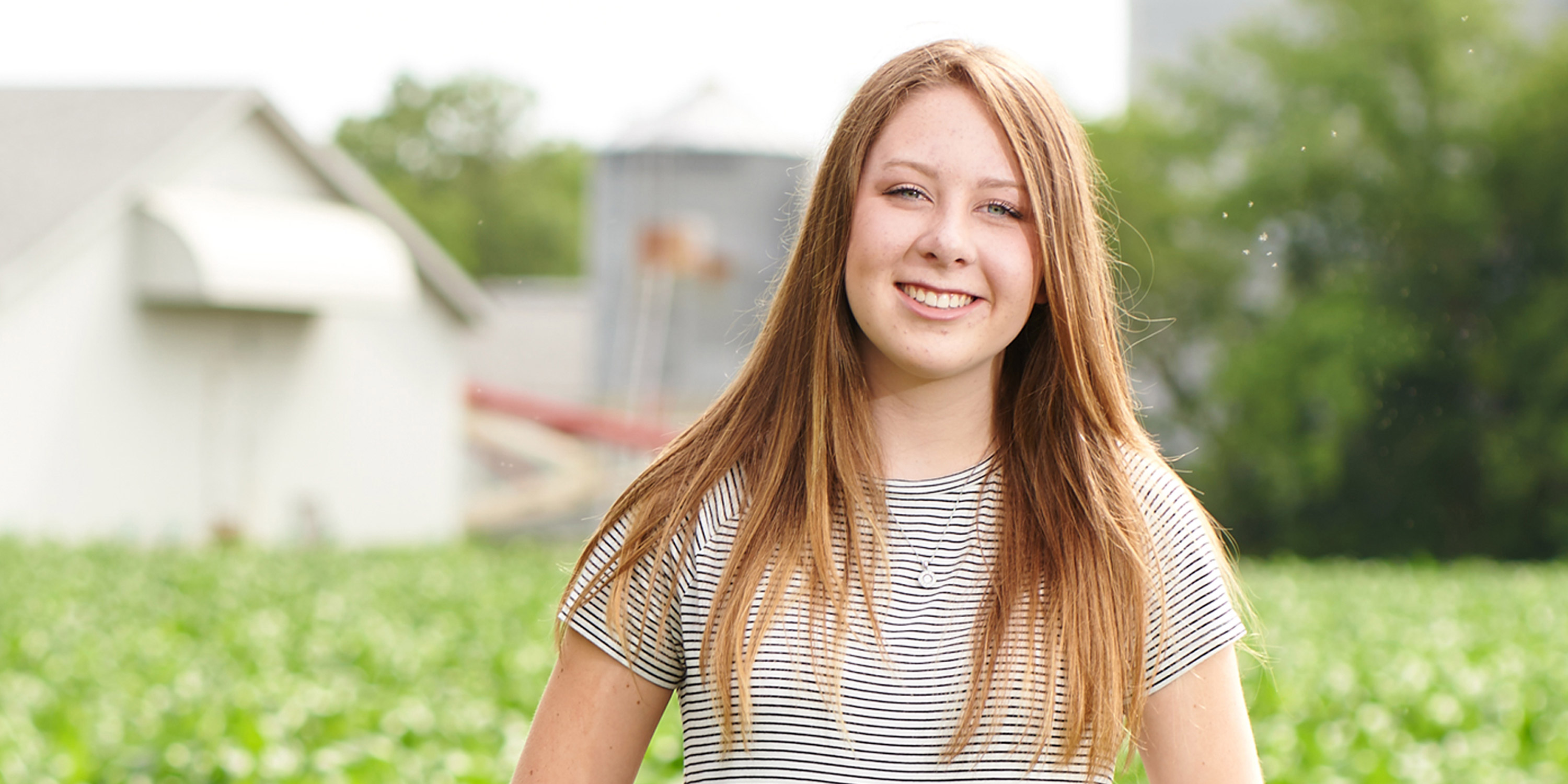 An online campaign was created on multiple advertising platforms using established key messaging for each of the four educational topics. Each area was given several “proof points,” and that messaging was used in each ad about that topic. For example, for the economy ads, key messaging was related to the amount of revenue generated by Manitoba’s pork sector yearly, as well as the number of jobs currently tied to the industry.

The visuals used in ads and on landing pages were photographs of real people tied to the pork industry: farmers and their families, real-world consumers, animal-health scientists, and environmentalists. This approach was intended to help young urban audiences relate to the actual people behind their pork. The target audience comprised people with no connection to the farm, so it was essential to speak to them on their level, with key messaging that covered topics they cared about and/or had read about in mainstream news media. 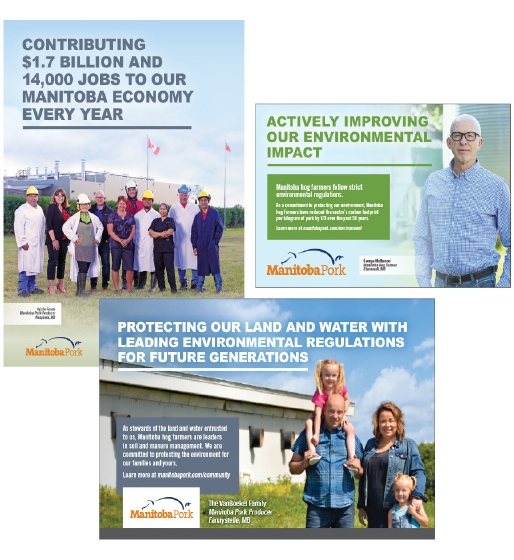 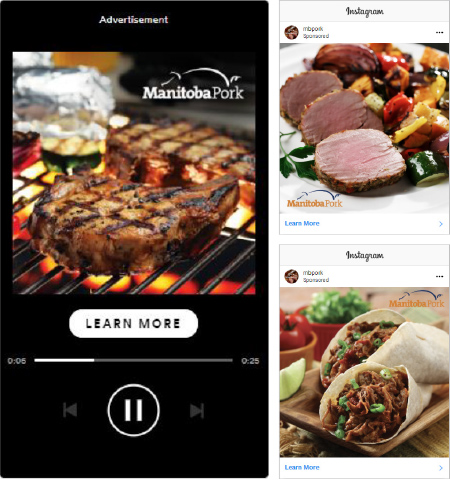 Campaign performance saw over 7.2 million ad impressions and 47 thousand ad clicks to the relevant website landing pages, with above-average click-through rates. Depending on the topic, the average time spent on each page ranged from 70 seconds to 158 seconds, which suggests a relatively high interest level in a subject not typically top-of-mind for this audience. 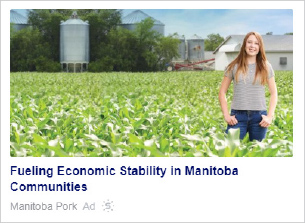