Being a newer grain marketing company among established giants, G3 needed to spread awareness and make a name for itself despite not having the marketing budget competitors enjoy. G3 had to be positioned as a disruptor—bold, fresh, and forward-thinking.

The target audience was progressive farmer producers in Western Canada, aged 35 to 55, who focus on profit and efficiency, with medium (2,500 to 5,000 acres) and large (5,000+ acres) farms. Their primary driver is doing what’s best for their business, and they are growth oriented. Primary geography targeted was within 100 kilometres of current G3 elevators.

The goals for the campaign were to increase trial initiations with G3 for new customers and to increase G3’s wallet share for current customers. Through region-specific targeting, this direction remained the same throughout the year, with core marketing months identified as March to May and August to October.

Since placing ads in major ag media wasn’t strategic enough, 6P Marketing pushed to use tactics where geo-targeting was possible, which was vital due to the limited marketing budget. 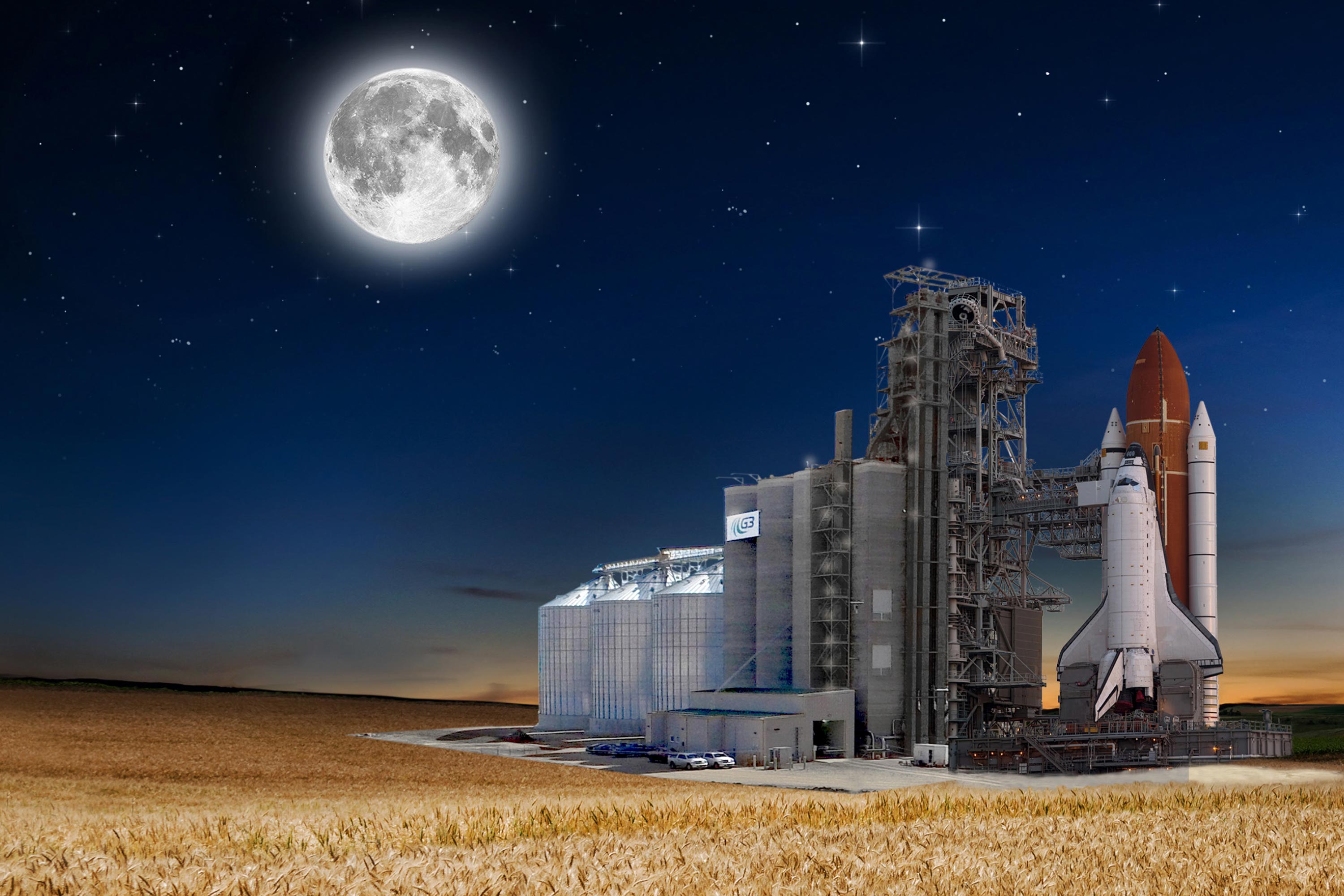 With G3’s tagline of “Forward, we grow” in mind, 6P Marketing devised an outer-space theme, with grain elevators depicted as space-shuttle launching stations. We saw G3 as the NASA of the grain marketing industry. The campaign tagline became “Go beyond conventional, with innovation brought down to earth,” and copy on all communications was used to discuss the three proof points that were deemed differentiators for G3 and the biggest benefits to customers: speed and innovation, state-of-the-art facilities, and customer experience.

G3’s visuals employed surreal elements to communicate its forward-thinking vision and innovation, as well as its speed and state-of-the-art facilities. Starry backgrounds over grain fields were featured heavily, and other celestial elements were included where possible. This concept was bold, stood out from all other competitor campaigns, and spoke to the target audience’s progressive nature and search for a better way of doing things. 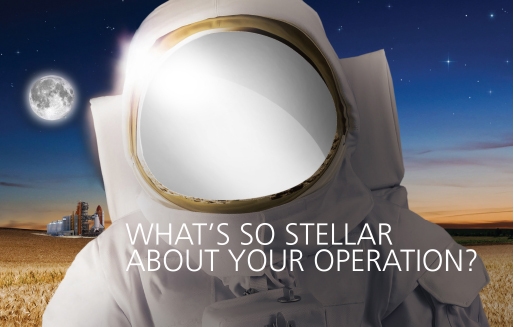 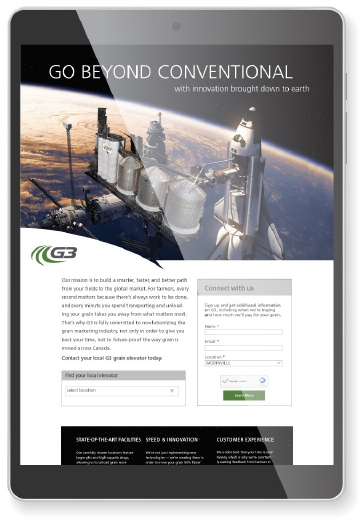 A grower survey is in the works. Until results are calculated, we rely on online marketing data insights from the above-described multimedia campaign. 6P Marketing implemented multiple Google search ad campaigns, and the campaign based on brand terms had the highest click-through rate of all online tactics at 9.01 percent, as well as the highest conversion rate at 17.65 percent, which indicates that familiarity with the G3 brand is growing steadily and generating hundreds of customer forms and phone calls to elevators. 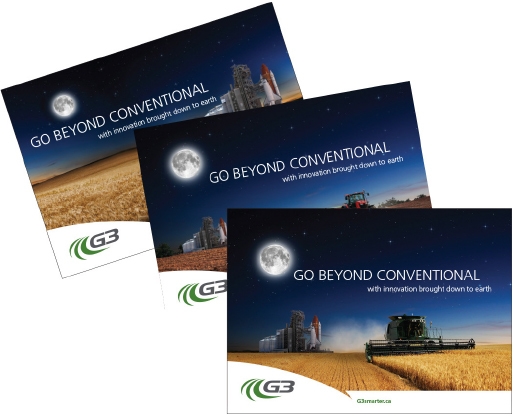